The Origin of Eau My

My own mirror of this link (https://imgur.com/a/COBhI) in case imgur ever takes it down.

Eau My, from Photoshop to Product. 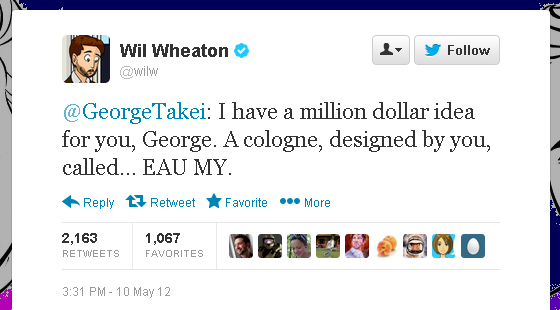 Where it all started.

Wil made this joke. If you hate what happened... kill him.

I saw the tweet a few days later and decided to make a photoshop for it. 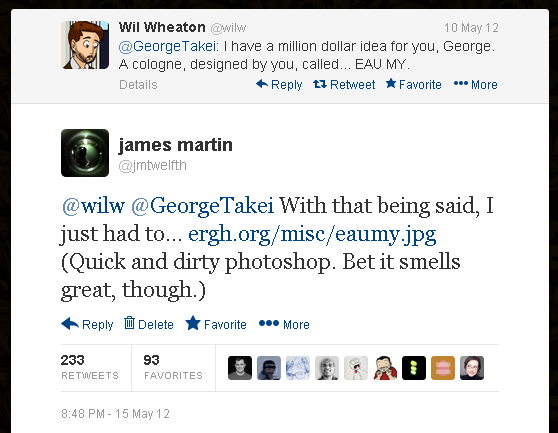 This was the photoshop I made. Wil retweeted it and it went viral. 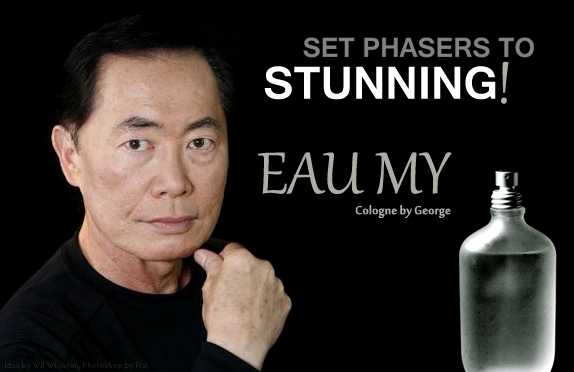 It didn't take long for it to make it to George's Facebook page. I thought 78k people liking something was pretty insane. 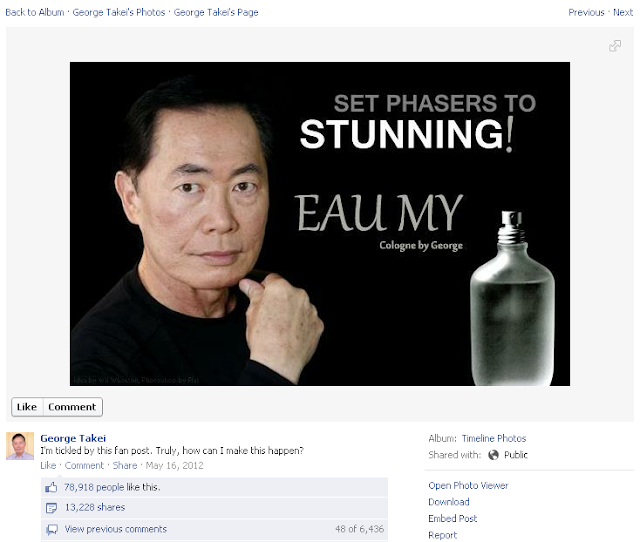 Then it made its way around again. 127k people liking it... holy shit. 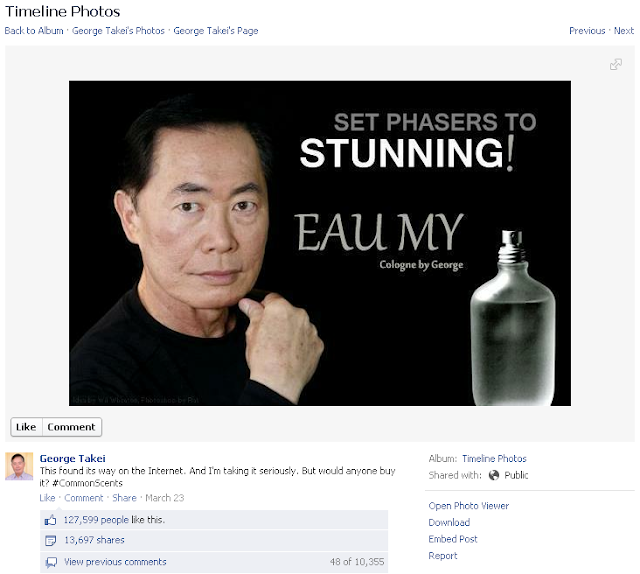 It even made it to Reddit a few times. I never submitted it myself because I wanted this to be an experiment after Wil retweeted it... To see how long it took before something I created made its way to Reddit. The first time I saw it submitted (and on any front page) was about 6 months after I first tweeted the image.

And George posted it AGAIN. 150k... just more people every time it got posted. He was saying it was going to happen and I just kind of figured it part of the things people do to generate buzz about their brand. I honestly didn't expect anything to come of it. 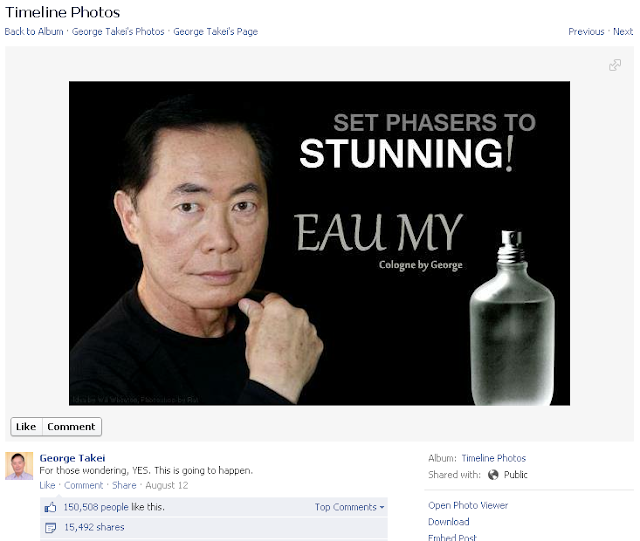 And then it happened. Holy. Shit. 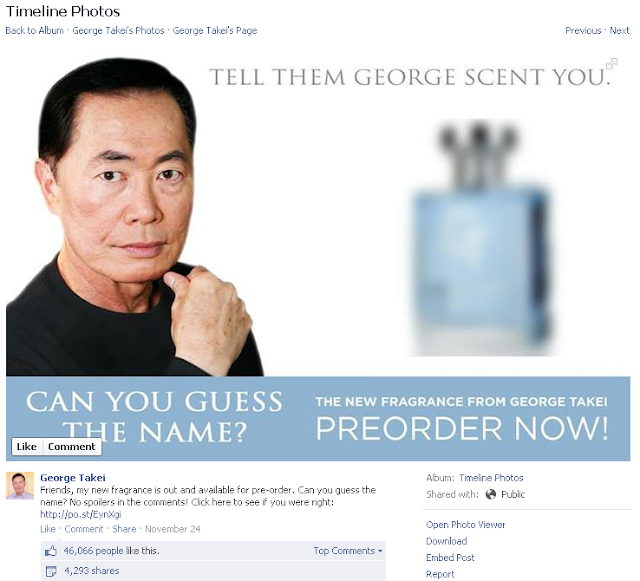 They even used the corny tagline I put on the photoshop! 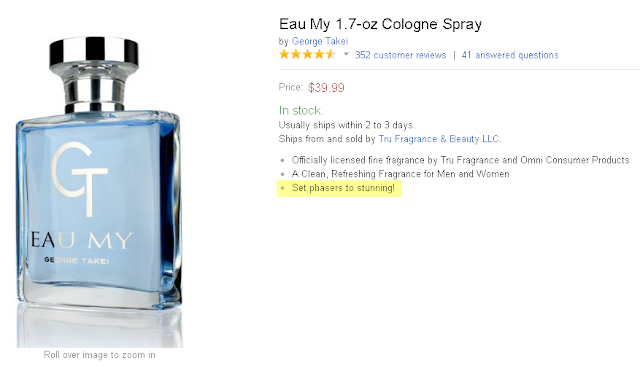 So I did what any self respecting internet denizen did. Whored himself out. Took credit. Said "I made this" with the difference of actually have made it. I emailed the only contact address I could find, gave some proofs, said I was equally as tickled as George was when the photoshop became reality... asked if I could get a sample of Eau My... and hoped for the best. I was surprised George's hubby Brad himself responded. And it was a very sweet exchange. George is lucky to have a guy like Brad. 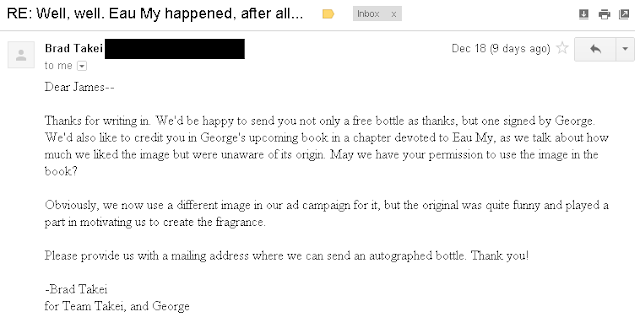 I got the package today. First thing that I said was "Oh myyy, George came really fast." *tongue in cheek* It was even lovingly wrapped in gift wrapping paper. A nice touch, boys. 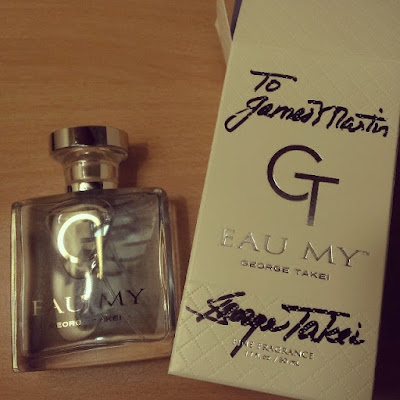 Enderman approved. The scent is actually very nice. Surprisingly light with more of a floral citrus scent. It's quite agreeable even if you're like me and not a cologne guy. Absolutely surreal holding in my hands what started off a joke tweet turned into a photoshop. I think George just might be the king of the internet, after all. 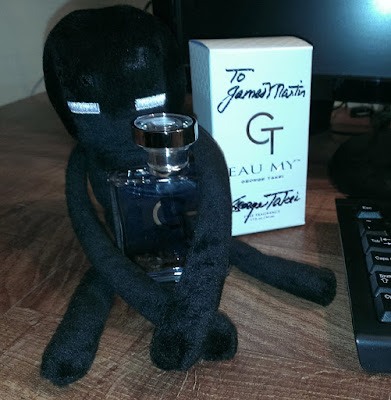 It ended up being featured in his documentary and book as well.

From "To Be Takei" 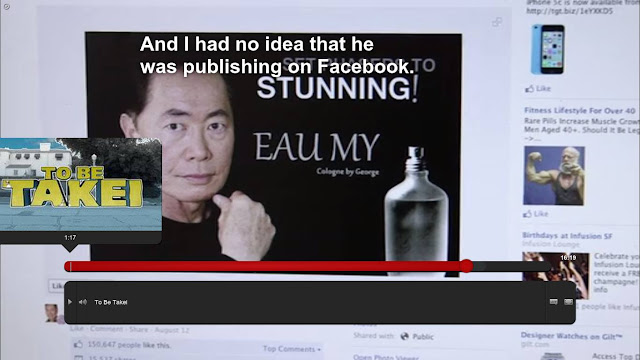 Relevant section from the book "Lions and Tigers and Bears: The Internet Strikes Back"

Screenshot from the webstats page on my domain the day after Wil Wheaton retweeted my image: 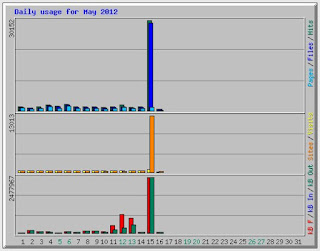 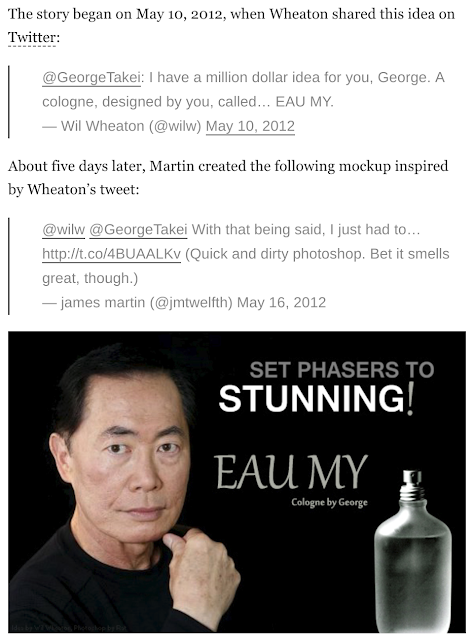 Laughing Squid's writeup that has a cute little bit of trivia:
https://laughingsquid.com/eau-my-cologne-spray-a-stunning-new-fragrance-by-george-takei/

And that concludes my ever-so-brief blip of relevance to internet culture.